A FIELD TRIP TO CHEESE BOUTIQUE

A behind-the-scenes look at the creation of our cheese menu!

Posted by Auberge du Pommier
Archive
Please note this post is older, and the content may be out of date. 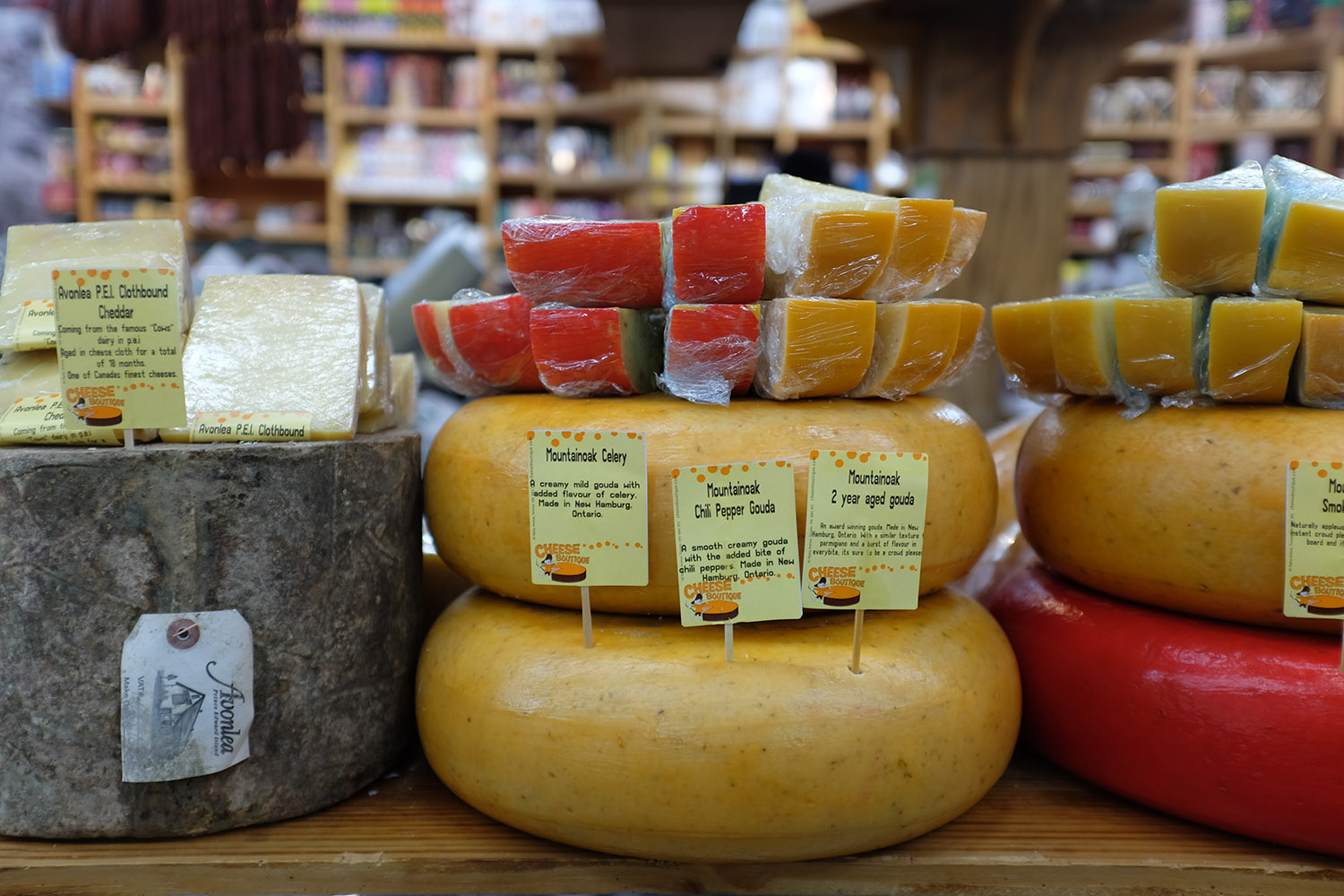 Anyone who has ever had the pleasure of visiting Cheese Boutique knows it as a culinary wonder emporium.

Upon entering the shop, you’re greeted with shelves upon shelves of specialty snacks and condiments, a diverse selection of gourmet meats and seafood, an indulgent display of freshly baked sweet treats … oh, and a collection of seemingly every cheese imaginable.

So it’s no wonder our Back of House crew, led by District Executive Chef John Horne, turned to Cheese Boutique’s maître fromager, Afrim Pristine, to help revamp and elevate our cheese cart program. Earlier this fall, Chef John brought along Chef de Cuisine Malcolm Campbell and Pastry Chef Domenico Giammarella to embark upon a mini research trip to the west end. The trio sampled nearly 20 different French and Québécois cheeses – ranging from creamy to hard, mild to pungent, and traditional cow’s milk to water buffalo – with a variety of unique flavour profiles. 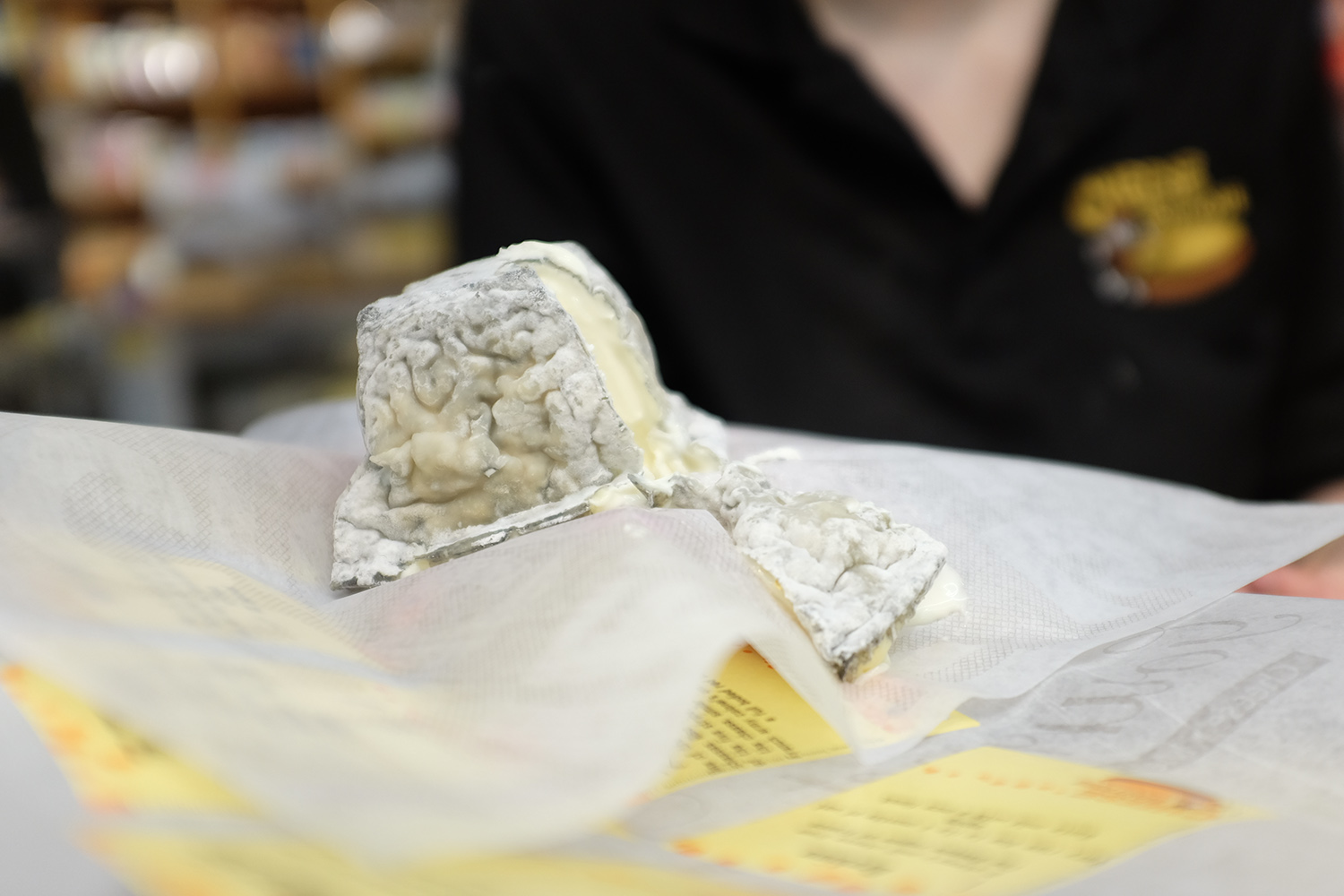 Among the favourites? Chef Malcolm took to the Crocodile, a semi-firm Alsatian cow’s milk cheese washed and cured in walnut liqueur for 30 days – while Chef Domenico ordered a healthy 100 grams of his all-time favourite, Cacciotta, a Tuscan goat cheese wrapped in brandy-soaked chestnut leaves and aged in the vault for 18 months.

Chef John had a system in place – he marked his worksheet with a 1 if he was impressed, 2 if he needed to think about it.

“I love the Brebiou,” he said of the four-month wet-aged sheep’s milk cheese from Basque, as he etched a 1 onto its label. “If you served it as a single cheese, it would be spectacular.”

In a line-up, though, Chef John noted the importance of not including too many big, bold flavours. Like a song, he explained, the first phase of the makeover is about creating a flight of five cheeses that makes sense from start to finish.

This might mean composing a line-up centred primarily around the punchier 1-rated cheeses – like the rosemary and juniper crusted Fleur de Maquis sheep’s milk cheese from Corsica, or the smooth, flavourful Cheese Boutique exclusive Eagle’s Nest goat cheese from Québec – and incorporating one or two milder 2-rated selections to fill in the holes and round out the flavours. 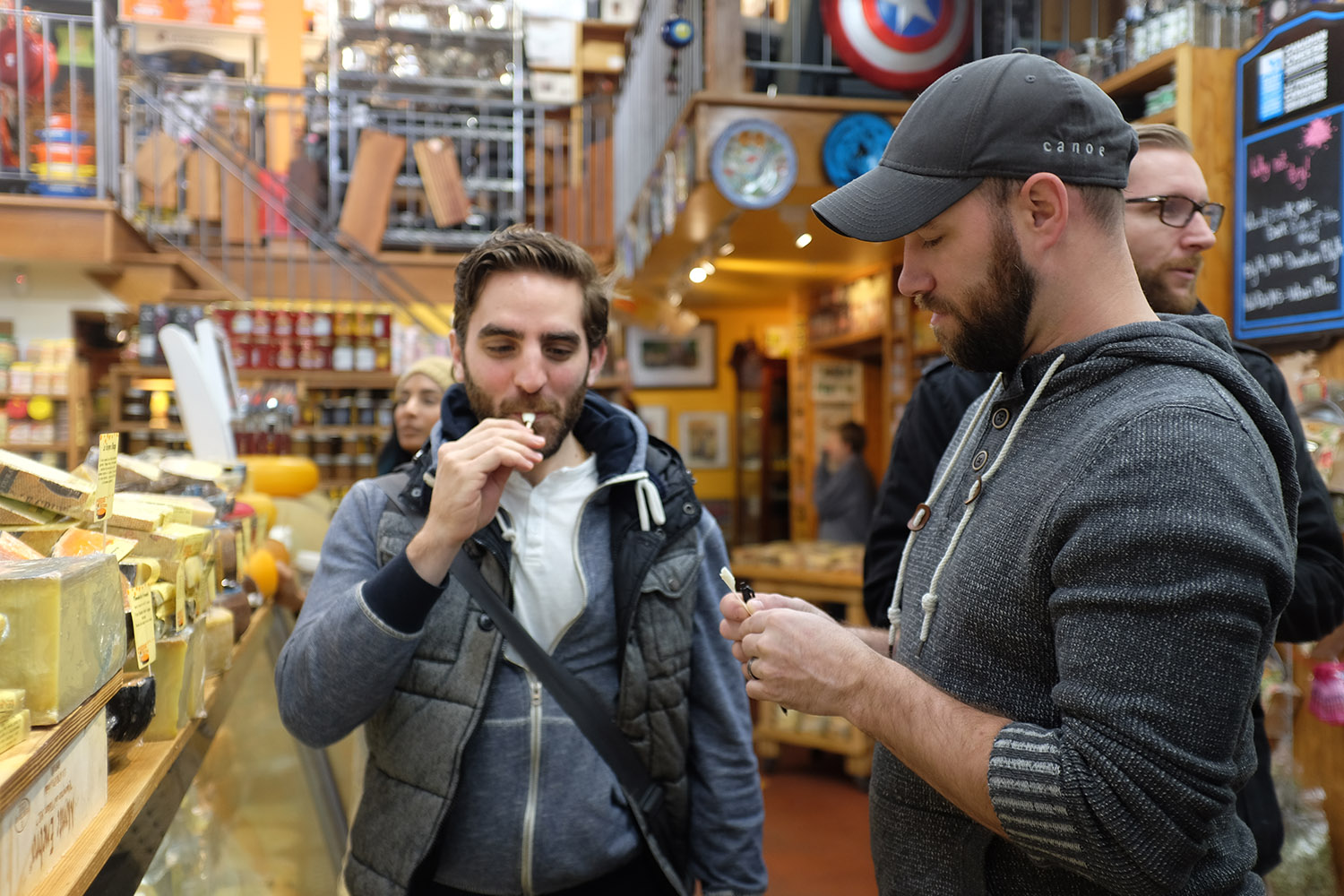 As for phase deux? Chef John envisions pitting similar cheeses like Villefranche-de-Rouergue’s cave-aged Roquefort Carles sheep’s milk blue, against Lac-Saint-Jean, Québec’s Bleu L’Étoile sheep’s milk cheese (“one of the best blue cheeses in the world,” according to both Chef John and Afrim) – in a head-to-head France vs. Canada battle of the fromages.

Cheesy thrills are coming to our corner of the city just in time for the holiday season, so stay tuned for more details on the upcoming launch of our brand-new cheese menu!

To our valued guests: After careful consideration, our team has decided not to participate in this year’s Summerlicious program. Since reopening after a series of devastating lockdowns, we have continued to navigate industry challenges that would hinder our ability to deliver the best Summerlicious experience possible for our guests. We thank you for your understanding and appreciate your continued support.

Online reservations can be made 31 days in advance, and for up to 8 guests.

What to Expect When You Dine with Us

We ask that you please review our dining protocols before joining us to ensure a seamless experience for you and your party.