Celebrating our 30th anniversary with one of Canada’s most revered chefs!

Posted by Auberge du Pommier
Archive
Please note this post is older, and the content may be out of date. 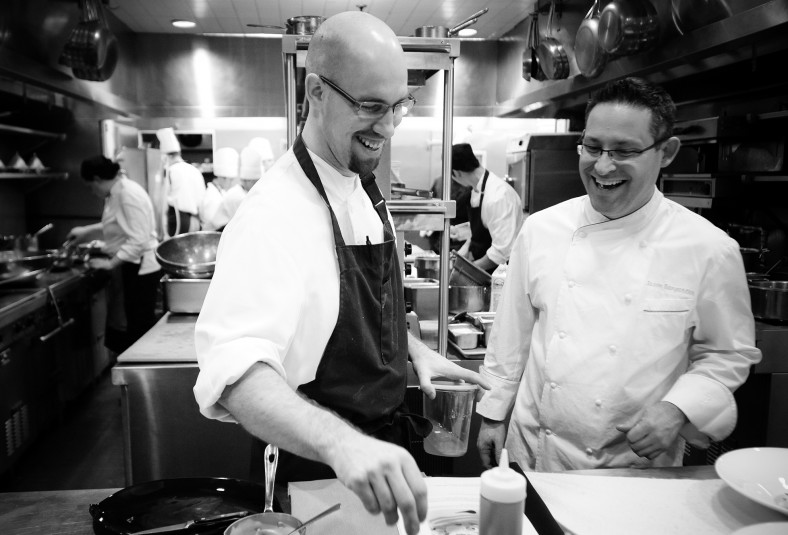 On Saturday, April 8 we will be welcoming back our former Chef de Cuisine Jason Bangerter, currently Executive Chef at Langdon Hall Hotel, to cook an exciting multi-course dinner. Collaborating with Executive Chef John Horne, the tasting menu will feature their interpretation of traditional French cuisine with modern flair and creativity.

About Chef Jason Bangerter
Classically trained in London under Chef Anton Mosimann, Chef Jason cooked in Michelin-starred restaurants throughout Europe before returning to Canada in 2002 to become Chef de Cuisine of Auberge du Pommier. In 2010, Chef Jason was charged with leading and opening both Luma and O&B Canteen in the TIFF Bell Lightbox, where he served as Executive Chef for three years. Now, as Executive Chef of Langdon Hall, Chef Jason delivers creative, award-winning cuisine inspired by the seasons, wild produce and the bounty of the kitchen gardens.

To our valued guests: After careful consideration, our team has decided not to participate in this year’s Summerlicious program. Since reopening after a series of devastating lockdowns, we have continued to navigate industry challenges that would hinder our ability to deliver the best Summerlicious experience possible for our guests. We thank you for your understanding and appreciate your continued support.

Online reservations can be made 31 days in advance, and for up to 8 guests.

What to Expect When You Dine with Us

We ask that you please review our dining protocols before joining us to ensure a seamless experience for you and your party.